Stimulating Your MInd, One Word at a Time

April 15, 2013, Las Vegas, NV — NCM Publishing announced the upcoming release of Sleeping in Sin ($15.00 ISBN: 978-0985182182)  by Cornelia Smith. The novel will be published on paperback nationwide on April 15, 2013 and will be available for immediate download through Amazon Kindle, Barnes and Noble Nook, Kobo, Cricket Wireless, and the Apple Bookstore.

Cornelia Smith weaves a tale about trickery, pain, and deception in her new novel Sleeping in Sin published by NCM Publishing. Zakiya, a heart-broken, Christian, southern girl leaves her small hometown and her faith for the big lights and sins of the Big Apple. She has a problem trusting men because of the betrayal of her first love, so she is quick to run away from someone getting to close. In the Big City, there is only one King of New York and that is Jarlath, who is a very powerful and ruthless man who also doesn’t trust anyone because he has been accused of murdering one of the biggest names in Hip-hop, Kilo. Of course there is always someone trying to knock the king off his throne, introducing Detective Khalon, New York s finest best. In this roller-coaster, Zakiya interacts with both, leaving Jarlath, who has fallen for her, after one night of passion, taking a secret with her and falling into the arms of the top cop who has his own secrets that will affect them all. Believing that she has found perfect love and wants to trust again and not live in sin. She gives her heart to Khalon. In this suspense thriller filled with deceit, murder, lies and the trigger, love comes a novel from Cornelia Smith, that will keep your eyes glued to the pages as you turn to find out why Zakiya can get hurt Sleeping in Sin.

Author Cornelia Smith is a Native of Atlanta, Georgia; she was born on October 4, 1989. While growing up she faced many challenges from living in urban poverty, being raised in a single parent household, and being exposed to traumatic events such as watching her mother get shot and suffer a bullet wound. During these tragic events in Cornelia’s life, her mother enforced that she and her oldest sister move to Jackson, Georgia to be raised by her aunt. As years passed, the author relocated to Atlanta, Georgia, to attend Parks Middle School and later graduate from Carver High School. Prior to attending Carver High School, she became a member of the national honor society, Principal’s list and remained in the top ten percent of her class during high school. Upon high school graduation, Cornelia decided to attend Everest College to become a medical assistant. However, the hopes of pursuing a career in nursing changed once she began to realize her ambitions for writing novels. As a result, she chose to pursue a career in writing and in less than two years she has developed ways to express the art of writing.  Now Cornelia is on the rise of publishing her first Novel entitled “Forever Sistah’s”. She has persevered continuously and even won song writing contests, has a demo published, and is diligently working towards implementing a book club.

The Twins by Danisha Ford has a new look!

The first installment of a three part Trilogy, the Twins by Danisha Ford is back with a new look.  It is not too late to take the time and read this true to life story will leave you on the edge of your seat as you follow the twins.  this story shows how NeDasia (the good twin) and Nefeteria (the bad seed) Stevens deal with rape, lies, deception, and eventually murder. 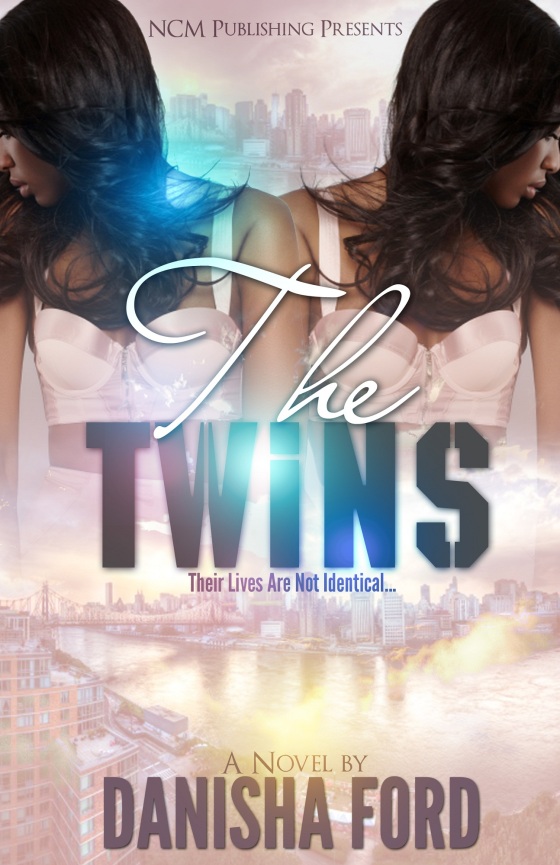 A breakout, coming-of-age novel that follows the sweet and bitter times of a set of north New Jersey sisters, who live very separate lifestyles, all while being raised in the same crowded and extended family household.
Penned by up-and-coming writer, Danisha Ford, The Twins is the first of a heart-stirring trilogy that dissects NeDasia (the good twin) and Nefeteria (the bad seed) Stevens on their romp through adolescence, middle school and eventually high school.
Beginning with an unspeakable violation from an older cousin that comes back to haunt them both, the twins find themselves forced to overcome one challenging experience after another as they shuffle from various family homes and apartments, endure fights and secrets, boyfriends and crushes and go from drama to turmoil, most of which is self-inflicted.
The Twins, an enchanting read about sisterhood and family to reflect on and share with all girls who have or wished they had one.

Promote Your Page Too